​Why Craft will make you happier than Wordpress, Expression Engine, Pyro, Drupal and other CMS

A company can have the best-looking site in the world, but if it's hard to update and maintain, it's next to useless. It stops being a tool for good, and starts becoming a monster with a lust for frequent sacrifices (of time and energy, that is, not goats and whatnot).

There's dozens of systems out there for adding, changing and organising website content. We've tried all the main ones, and we found out two things: popular doesn't always equal best, and more features doesn't always mean better.

Wordpress, Pyro, Drupal, Joomla, Expression Engine – they're all widely used, but none of them can compare to Craft, the new kid on the block. It's fundamentally different. Where other CMS come packed with features and plugins, Craft is more like a blank slate.

On paper, this seems like a downside. In reality, though, it's the platform's greatest strength. Craft doesn't assume your website is going to look or act a certain way, meaning it can be built to do exactly what you want.

Other CMSs are like a Swiss Army Knife, packed with tools to suit every application imaginable. These seemingly-handy plugins and options quickly weigh your site down, just as a fish scaler and tweezers are an unnecessary weight in your pocket when all you really want is a good sharp knife.

That's where Craft comes in. From a developer's perspective, its lean, bare-boned design is a boon. It means your site can be built faster and more cheaply. It will respond more quickly to people browsing around, and present less bugs. In the event things do go wrong, there's no need to dig around in piles of superfluous, unwieldy code – errors can be found and fixed with ease.

Craft also makes adding content a breeze. If you've ever worked with Wordpress, you know how frustrating it can be to transfer text from a Word document, and see it show up on the site with bizarre formatting that can't be removed. There's none of that in Craft. Its sexy, streamlined interface that just works. It's especially good for collaborating, allowing multiple users to create, review and approve drafts before anything goes live. Other CMS can do this too, but none as well as Craft. 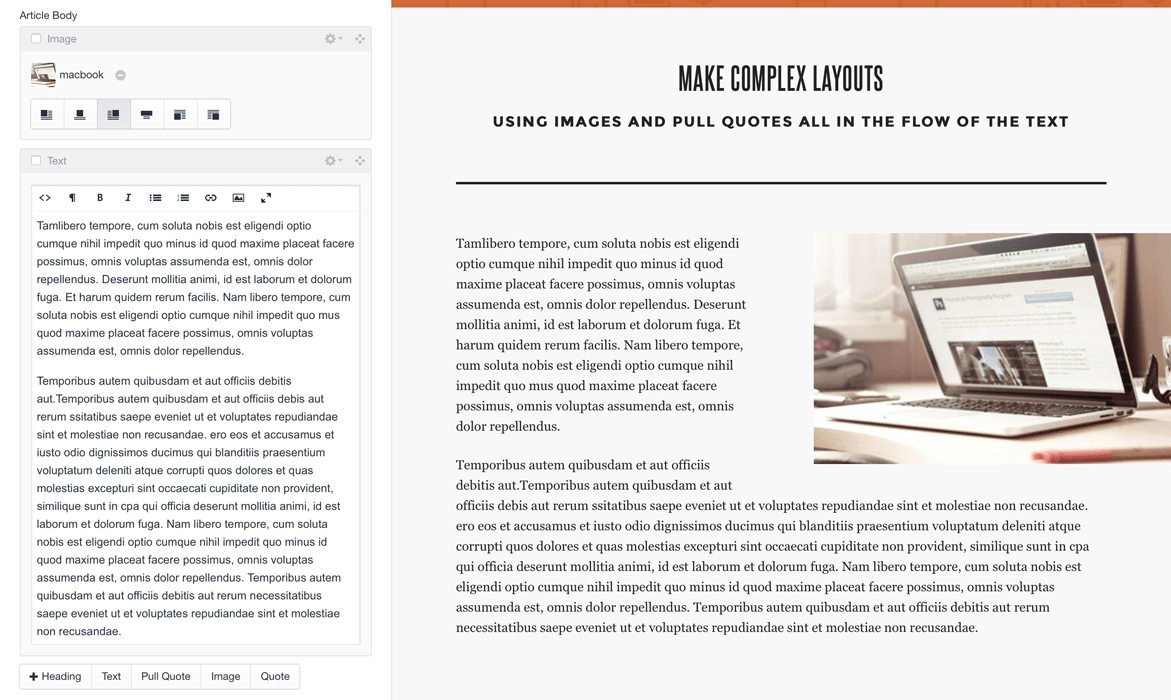 Lastly, we're impressed with the live preview function. Anything you draft up in Craft instantly appears in a large preview window, saving you from opening new tabs to view every minor change. It's a small difference, but one that makes a big impact.

It's fair to say we love Craft. More than any other CMS out there, anyway. As one bright spark on the internet put it: Craft bends to your will, rather than the other way around. What more could a user want?