Why your venture (probably) shouldn’t be a mobile app

So, you’ve got a great idea for a mobile app and you’re thinking about diving head-first into the new project. Here’s why you shouldn’t.

While the thought of creating a mobile app sounds exciting, it may not always be the best option for your business idea.

It’s important to consider your options when starting a new software venture as platforms other than a mobile app may be more suitable and functional for your idea.

Websites or web apps are often great alternatives that can be built faster and more affordably.

Here are a few things to consider if you’re looking to build a mobile app:

Sometimes, a mobile app isn’t what you need

Have you sat down and thought hard about why you want to create a mobile app? Really? Most people jump to mobile apps as the only solution before they’ve considered other options.

Yes, we get it, a mobile app is sexy and cool and fun. But unless it offers people constant value, they’ll fail to use it. And what happens when people don’t use an app? They forget about and will likely delete it from their phone – not a happy ending for a project that takes months to build.

Your idea for a mobile app might be great, and it may be the most valuable version of its kind out there, but if people aren’t opening it and using it on a regular basis, it will fail.

Take former expense reporting app Birdly as an example. The app allowed people to take a photo of a receipt, tap a button and export it to a neat spreadsheet expense report. It also allowed users to pair the expenses with events from their calendar. It was a novel idea at the time. It even saved app users an average of 4 hours per month. But sadly, nobody wanted to use the app. The periodicity of Birdly meant that people were only opening the app once a month and forgetting about it the rest of the time. It’s limitation to mobile also didn’t fare too well with corporate workers who were spending a lot of time on desktop computers. While it was a great idea, it didn’t work as a mobile app. You can read the full story here.

Equally, this Intercom article suggests that browsers, not apps, will be the future of mobile and that browsers and the web are fast becoming the mobile operating system of the future, and native apps are slowly dying. It talks about how people have suffered “app fatigue” and prefer using traditional web browsers and browsers built into platforms such as Facebook and messaging apps. This presents a solid case for shifting towards web apps rather than building native mobile apps.

Some of the most popular mobile apps include messaging, calendar, maps, email, camera/photos, music, social media and news. And the reason they’re so popular is because they’re extremely relevant to the mobile platform – they take advantage of the core functionalities of phones such as geolocation, sound, camera and communication. They’re also designed to be used repeatedly in small bursts of time. There are also other factors to take into consideration, such as the difference between mobile commerce vs ecommerce.

Does your idea for a mobile app fulfil these user requirements? If not, it could be time to take your idea to the drawing board and consider a more appropriate platform.

RELATED: Choosing the right mobile app for your project: Native vs cross-platform vs hybrid 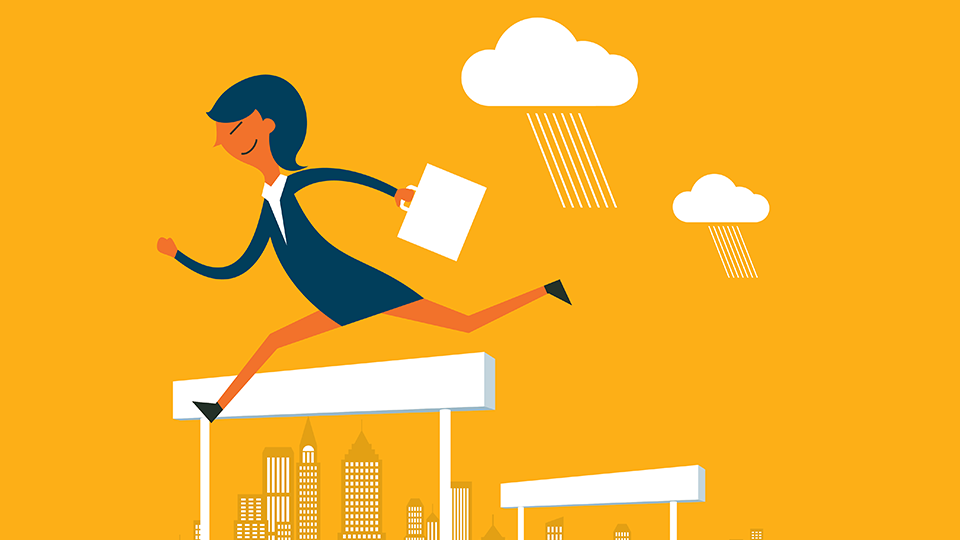 Web apps are faster to build and more accessible

A web app can be accessed and viewed directly through an internet browser on a mobile device. When the user arrives at the web app, the look and feel often comes across much like a mobile app because it is designed for smaller handheld display with a touch-screen interface. Users do not need to download files to use it, which is one of its major benefits. All that is required is an internet connection.

From a building perspective, web apps are agile and allow for more control. You can get developers to make changes and update features quickly. With mobile app stores, there are long approval processes in place – it can take weeks to get a new mobile app approved and listed on an app store and each time you want to make changes to improve functionality and fix bugs, there’s more waiting.

Also, the thing about mobile apps is that while you take a long time to build it, make changes, refine it and finally launch it, you have no inkling as to how the market will receive it. In most cases, this process can take months whereas a simple website or web app could only take days or weeks to build. If getting to market quickly is a priority for you, then thinking outside the ‘mobile app box’ is a must.

At inoutput, we encourage our clients to consider web apps because they are more affordable to build than mobile apps and they are faster to create because our developers can iterate code faster.

RELATED: Not all apps are created equal: Mobile apps vs mobile-optimised web apps

Go for the lean, affordable option

Startups and software projects can often be time poor, cost poor and resource poor. Mobile apps do little to support these requirements – they often take a long time to build and require a team of developers, which quickly becomes costly.

If you need to be conservative with money, then a mobile app is not ideal because you’ll need a decent budget to market it. The thing with mobile apps is that you need people to be aware that it exists in order for people download and use it. You could do a lot with a budget of $5,000, especially if it is well spent on social media platforms that allow you to specifically target the demographic you want to go after. But to do any of this, you’ll need funds to work with.

The beauty of web apps is that it can be accessed and used across multiple platforms including desktops, tablets and various mobile phones irrespective of their operating system.

Also, if you’ve never build a mobile app before you’re going to find the process quite intricate. It’s far smarter to use the leanest technologies to get the best possible result. For example, you may find that what you really need is a Wordpress powered website rather than an iPhone app.

Find the right platform for your software project

Still keen to go with a mobile app? Maybe you’d like to investigate other options? Whatever the case, you’ll benefit from speaking with software experts who can guide and recommend the best platform for your project. To find out more, call inoutput on (03) 9016 3066 or send us details via our contact form.